The Benefits of Different Types of Flooring

Why Should You Use Australian Timber for Your Flooring?

When you choose the type of timber that you're going to use for your flooring, you'll probably be thinking about the way it looks, and possibly how well it will put up with constant use. Very few homeowners take the time to consider whether or not their timber was harvested right here in Australia. That's a real shame, because there are plenty of reasons you should use timber that hasn't been imported from foreign countries.

The Ecological and Ethical Impact

One of the biggest problems with bringing in timber from overseas is that the Australian government will have had no say over how it was harvested. Unfortunately, many of the most popular types of timber come from Asia, and many Asian countries are not very good at farming and harvesting their trees in an eco-friendly and humane way. Plenty of teak, for example, comes from Myanmar, but reports have claimed that the government uses forced labour to harvest the trees. Human rights activists argue that 'thousands of villagers have been driven from their homes to make way for logging operations, or terrorised into forced labour under military control'.

Individual homeowners often find it hard to understand exactly what kind of conditions their important timber was harvested under. When you use a native Australian timber, such as blackbutt, you can be sure that it was harvested in an ethical manner. Additionally, your timber won't require so much fuel during the transportation process since it won't be shipped from overseas.

Adapted to the Environment

If the ethical and ecological problems associated with some imported timber isn't enough to move you towards a native species, consider the fact that native trees have adapted to thrive in our environment.

For example, Australia is home to termites, wood-boring beetles and plenty of other similar pests. Blackbutt timber, a popular source of native timber, is able to resist attacks from such creatures. Australia's scorching heat and dry environment also make bush fires quite common, so blackbutt evolved to be resistant to fire.

Finally, keep in mind that buying Australian timber means boosting the Australian economy. It will be grown on Australian land, harvested by Australian citizens, worked by Australian craftsman and then sold by Australian businesses. Buying native timber helps these businesses stay afloat, so consider how doing so will help the economy before you invest in a cheaper species of foreign timber for your flooring. 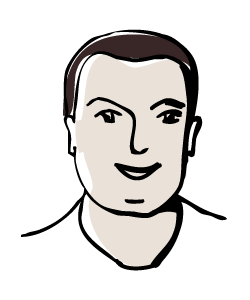 Hello, my name is John and this is my new flooring blog. Last month, my wife and I finally got around to replacing the flooring in the downstairs rooms of our home. We had been meaning to do this since the day we moved in but one thing or another always got in the way. I contacted a flooring company who talked me through the various types of flooring I could have, explaining the drawbacks and the benefits of each type. In the end, we decided to have hardwood timber floors in our home as we wanted a traditional look. I hope you like my blog.